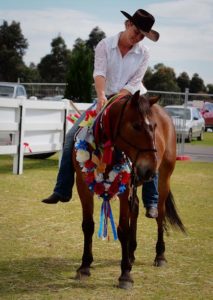 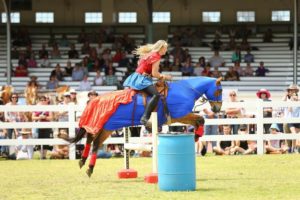 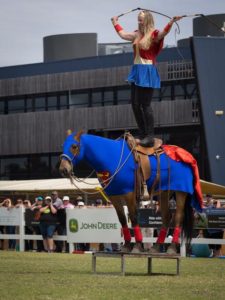 Rachel was very excited and pleased to announce that she was once again accepted to be apart of the 2016 professional Australian Brumby Training Challenge.

This competition went for only 150 days where Rachel got the chance to showcase her amazing transformation skills of true horsemanship with a wild Australian brumby.  The final competition was held at the Melbourne Showgrounds from the 17th to 20th November in partnership with the ever popular event, Equitana.  This is where Rachel won the overall grand championship after competing in four classes incorporating both ground and ridden skills and a freestyle event with her brumby, Maximus.

Introducing to everyone, The Mighty Maximus

Rachel’s allocated brumby for the 2016 Australian Brumby Challenge.  These are images from her first three weeks developing the partnership with this lovely horse. 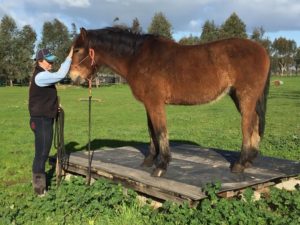 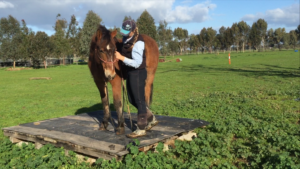 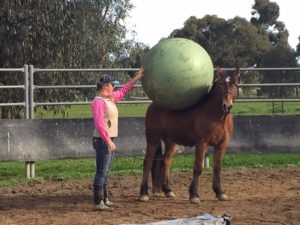 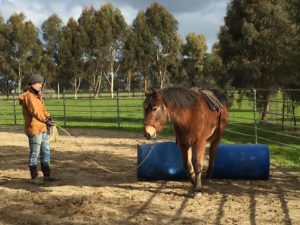 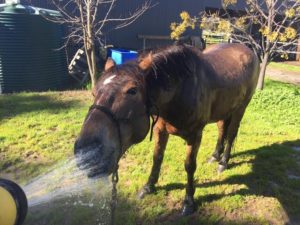 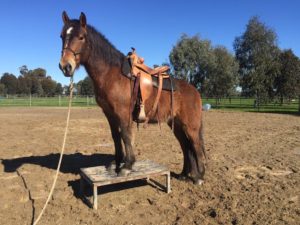 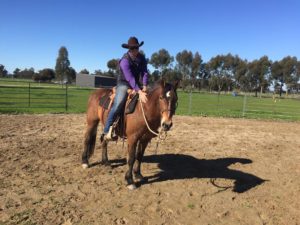 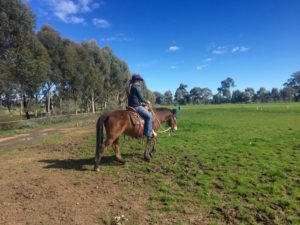 Maximus is a nine year old, bay gelding who was caught with his mob of mares and foals from the Kosciuszko National Park in NSW in winter, 2015. Maximus was gelded shortly after his arrival at our Brumby Junction sanctuary and turned out while he got used to being a gelding on a farm. Maximus’s lead mare, VBA Zali and their foal, VBA Chance were both also in the 2016 Australian Brumby Challenge!

Below are the images and information of the previous Australian Brumby Challenge Rachel participated in with her allocated partner, Rascal 🙂 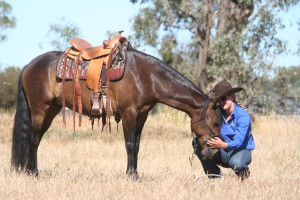 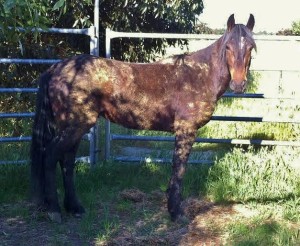 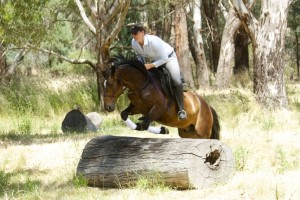 This was the first event of its kind in Australia in 2014 and members of the equestrian and general community found it educational, inspirational and heartwarming. For full event details visit theAustralian Brumby Challenge website.

The ‘Australian Brumby Challenge’ was an exciting new event for Australian horse trainers and horse lovers alike. Launched in 2013 by the Victorian Brumby Association, this spectacular event showcased the amazing versatility of our Heritage Brumbies as well a wide range of Australian professional and non-professional trainers. 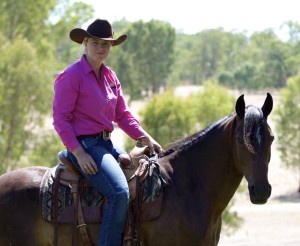 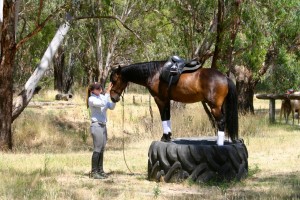 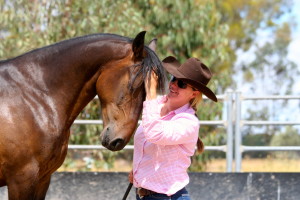 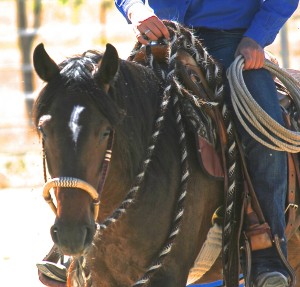 Rachel was in the Herald Sun with her assigned brumby Rascal. Picture: Hamish Blair 3 Feb 2014 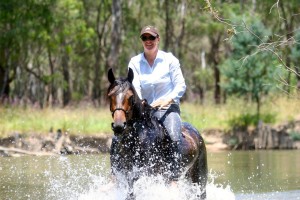 Passively trapped Brumbies were trained by the competitors over 100 days in two sections- Brumbies aged approximately four years or older to be trained under saddle and yearling Brumbies to be trained in hand and on the ground only. The Challenge began in October 2013, all selected trainers attended a compulsory induction day and were required to pick up their Brumby from the Victorian Brumby Association in Beaufort, on the 26th (Ridden section) and 27th (Yearling Section) of October 2013. Trainers then had just 100 days to train their Brumby and then present them at the final competition weekend on the 1st and 2nd of February 2014, at the Victorian Equestrian Centre in Upper Beaconsfield. Click here to view Rachel’s week by week progress through the challenge. 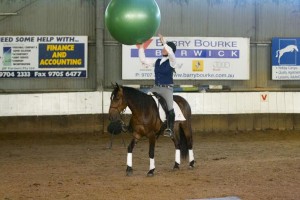 All trainers demonstrated a range of compulsory maneuvers on the ground, with the ridden challenge participants also showing their Brumbies skills under saddle. Finalists also gave a freestyle display to music which allowed them to showcase their Brumbies particular talents.  All elements were judged by a panel of judges.

After the awards ceremony on Sunday the 2nd of February 2014, all Brumbies were auctioned to registered and approved bidders, allowing the general public the opportunity to purchase one of these quality links to our heritage – an Australian Brumby! Congratulations to Rascal’s proud new owner, pictured with Rachel, Barbra. 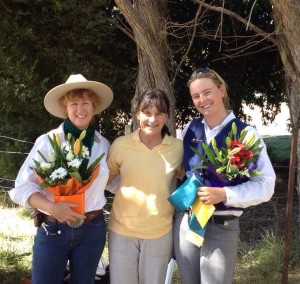